Our history dates back more than a hundred years 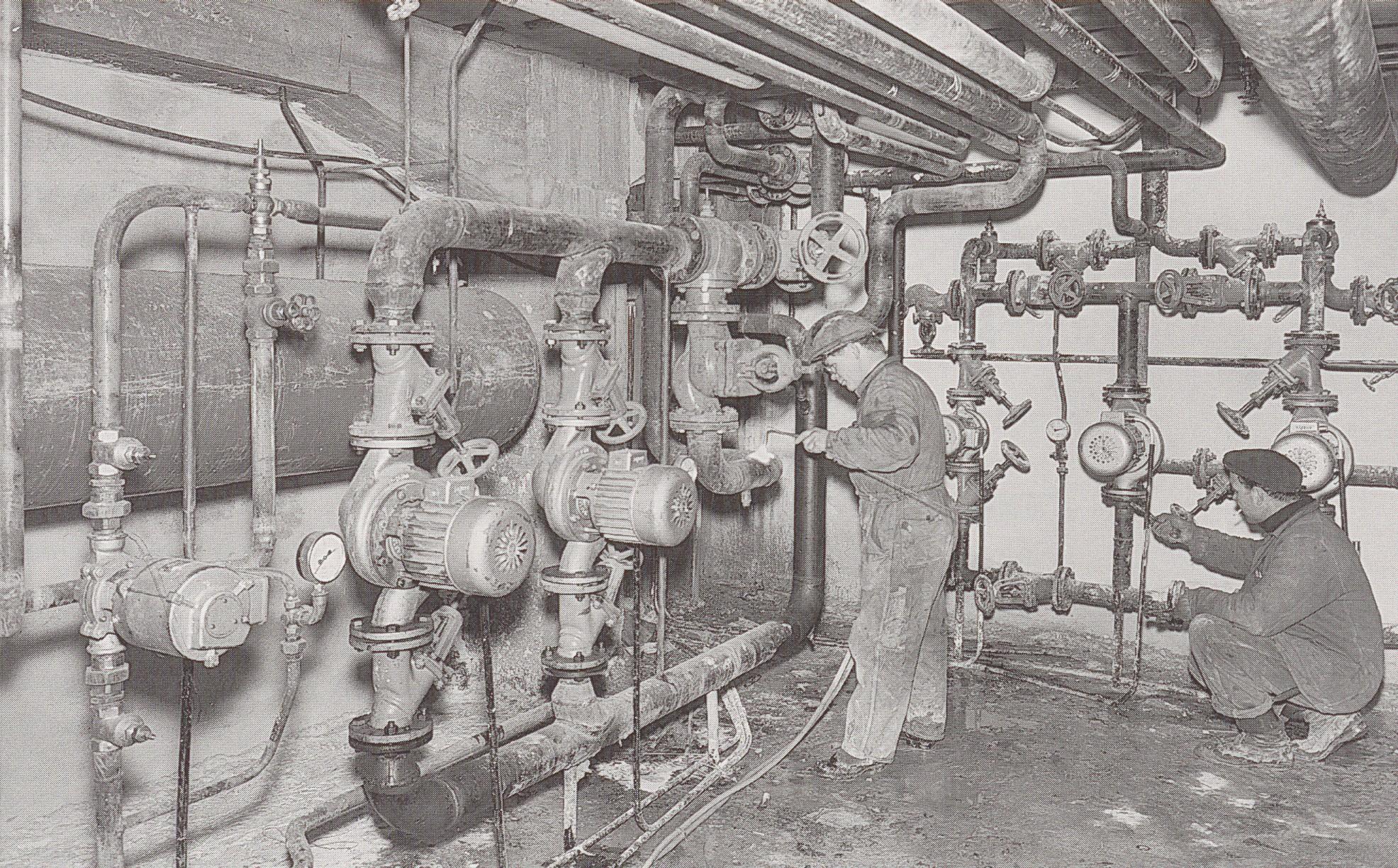 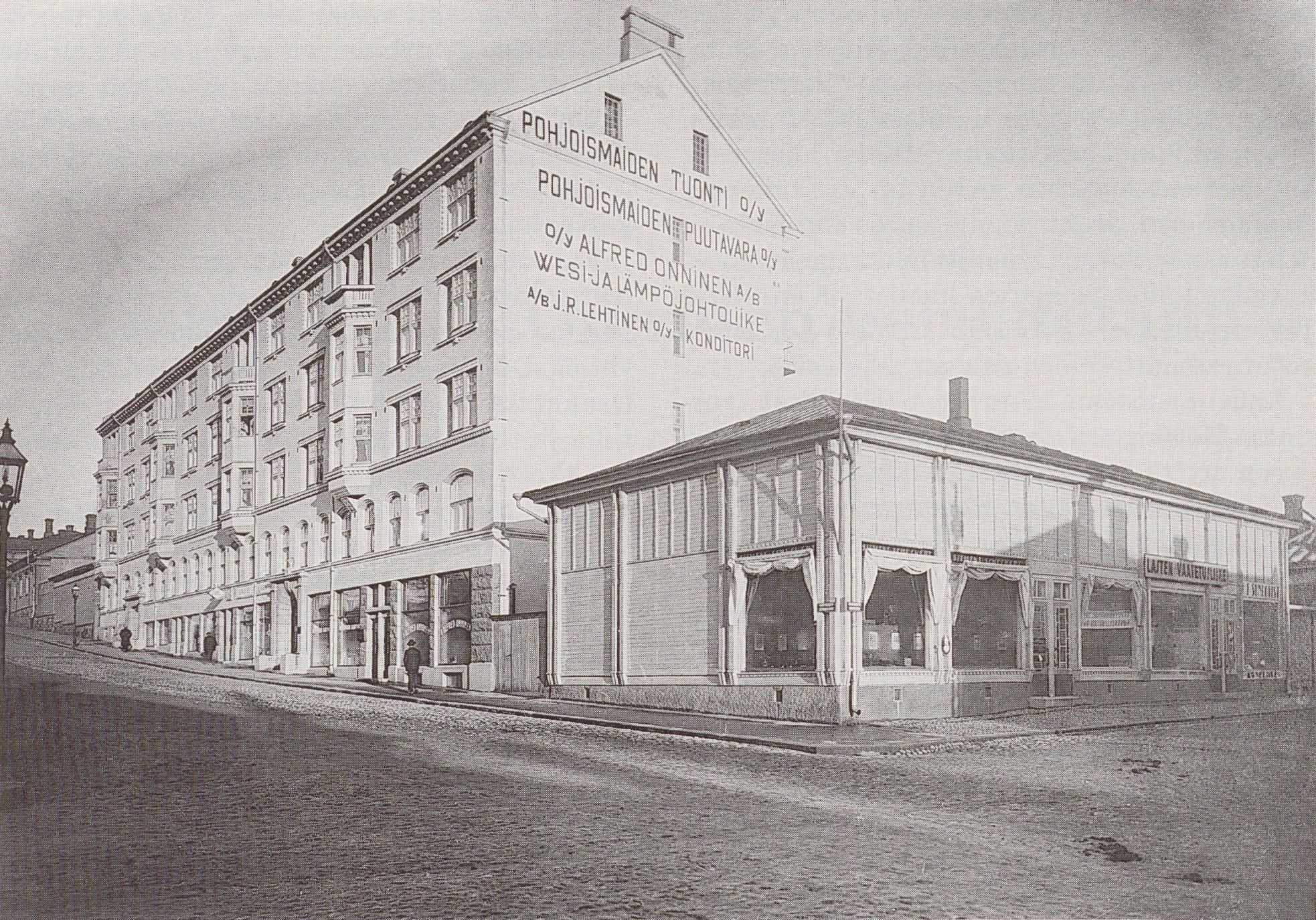 Alfred Onninen’s construction site at Tornikatu 1 in Turku had come to a standstill and winter was approaching. No help was readily available. Young Alfred decided to take the reins and expand his business. On 19 February 1913, businessman Alfred Onninen filed a registration notice with the Turku Registry Office announcing the establishment of a plumbing company by the name of A. Onninen. In 1916, the firm was converted into a limited liability company.

It marked the beginning of a generations-long journey that still continues.

1920s:
Time for change and expansion. Should we move to Helsinki? 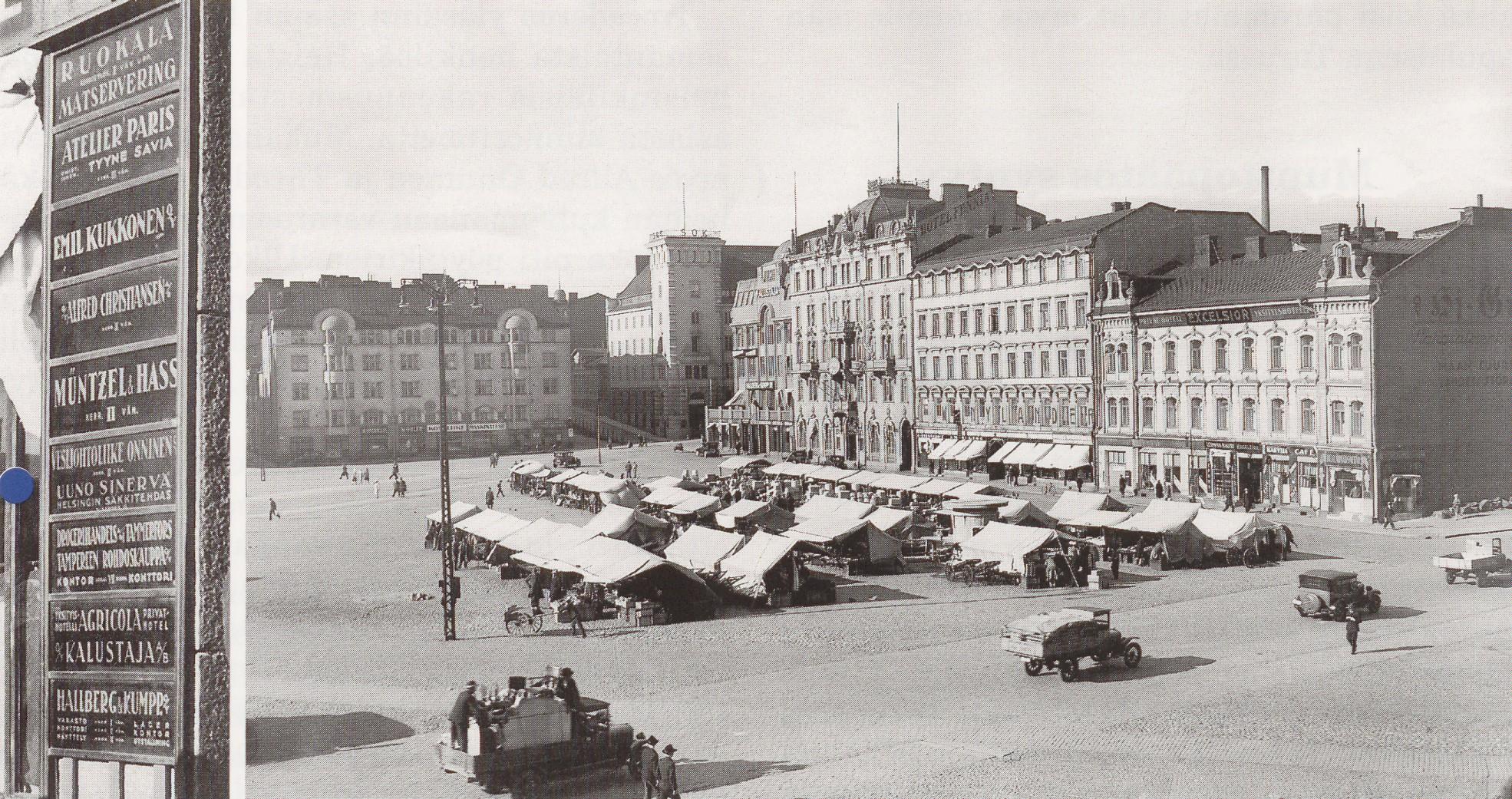 Competition in Turku stiffened as a result of merciless bidding at falling prices. At the same time, Helsinki started developing the Etu-Töölö district, where there seemed to be more than enough work to go around. This gave the impetus to set up the company head office in Helsinki, while Turku was demoted into a branch office.

The first few years in Helsinki got off to a promising start and Onninen was able to secure its share of the contract awards. However, the depression was already knocking at the door and in the autumn of 1928 projects started dwindling at an alarming rate. Despite this, Onninen’s site managers stayed loyal and helped avert major losses.

The Finnish economy recovered, and construction picked up. As a result, Onninen was able to achieve profitable growth both in Helsinki and Turku. According to the financial statements, the volume of activities in the two cities was more or less equal. While Turku accounted for a larger percentage of plumbing installations, Helsinki was ahead in wholesale operations.

In 1970, the head office of the company, known then as ‘Vesijohtoliike’, was relocated to larger, brand-new premises at the junction of Aleksanterinkatu and Fabianinkatu streets. 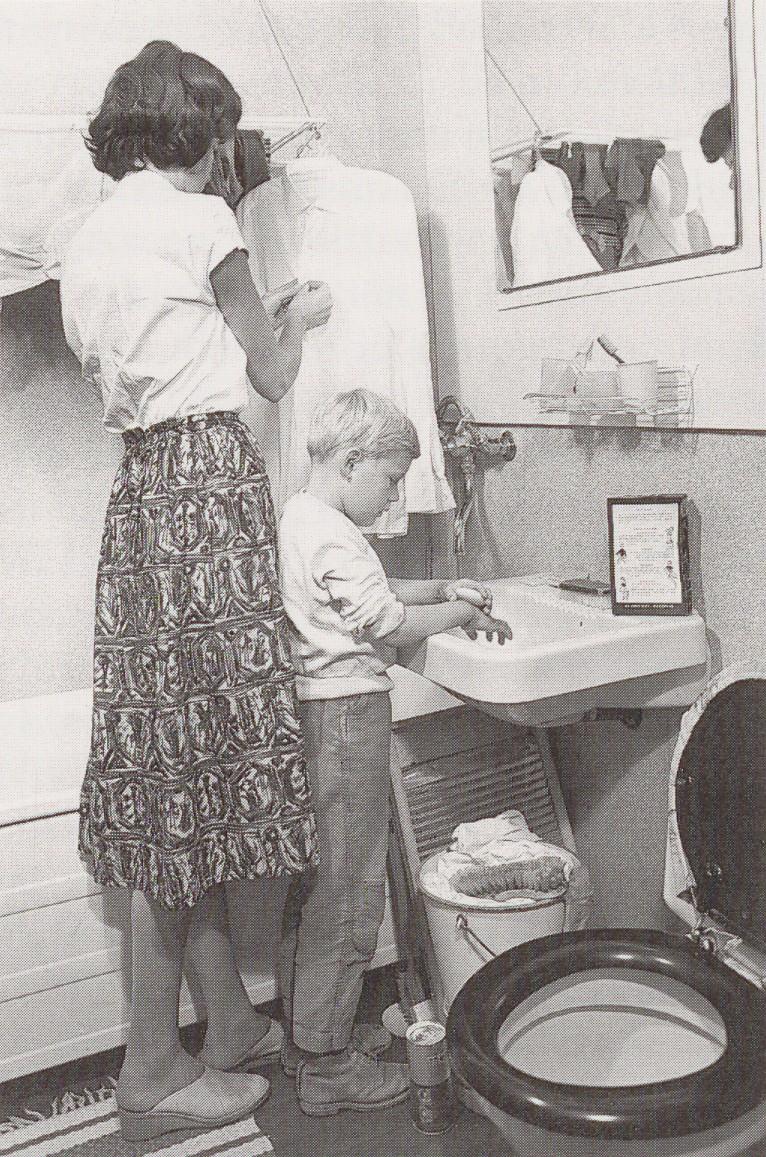 With the war came shortages of raw materials and new construction volumes fell sharply, affecting the plumbing sector as well. However, it was necessary to repair the damage caused by bombings, which gave extra work for plumbers.

After the war, construction activity was slow to pick up and key raw materials were still in short supply, limiting the company's operations. Even so, Onninen’s financial performance remained satisfactory in these years, particularly as far as the Helsinki head office was concerned. Despite the hardships, skilful management helped keep the company running. The 1946 revenue amounted to little over FIM 182 million, generating a profit of FIM 2.8 million. 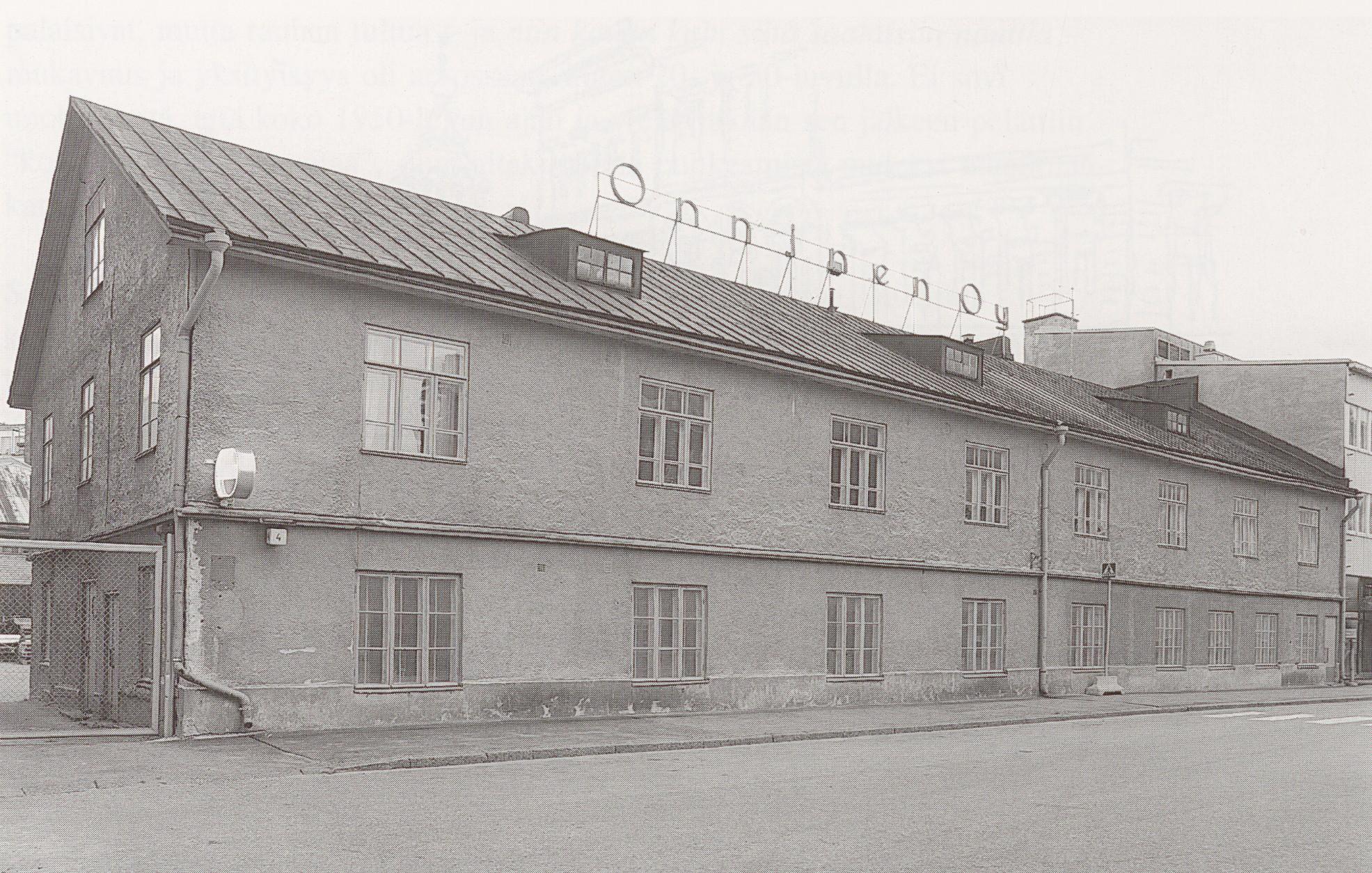 Unfortunately, Alfred Onninen passed away in 1950 at the age of 74. After his demise, the company was split into three.

Martti Auriala persuaded his son-in-law Erkki Toivanen to join the family business in 1953. Born in 1927, he was a recent law graduate from a bilingual family in the town of Hanko. Erkki Toivanen started in Onninen Plumbing Company in 1953 and was appointed Managing Director in 1956, when he had just turned 29. It proved to be a wise move which laid the foundation for the company’s rebirth.

The late 1950s were pivotal for Onninen. As its revenue grew clearly faster than construction volumes, Onninen was able to gain a greater share of the market. The company began to solicit new customer groups and launch ever more ambitious projects. In 1955, the company’s revenue reached FIM 880 million. Under Erkki Toivanen’s management, sales had doubled in four years, and eight years later they had quadrupled.

By the 1960s, Onninen had grown to the extent that it had operations in almost all parts of Finland. When celebrating its 50th anniversary in 1963, the company had a presence in nine localities. At the beginning of the following decade, there were close to thirty sales outlets.

For marketing purposes, the company started using the brand name ‘Vesionninen’, which was adopted as the official company name in 1975.

After the war, progress in the air-conditioning industry had been slow. Air-conditioning, especially if mechanised, was widely perceived as a luxury. With the rising living standard and more advanced construction technology, the quality of housing began to gain increasing importance. As a result, Onninen and a number of its competitors set up a joint company called Oy Ilmatekniikka Ab, which set out to carry out large and medium-sized projects. A few years later, Onninen expanded its business to the wholesale of air-conditioning products while at the same time increasing its warehousing capacity. 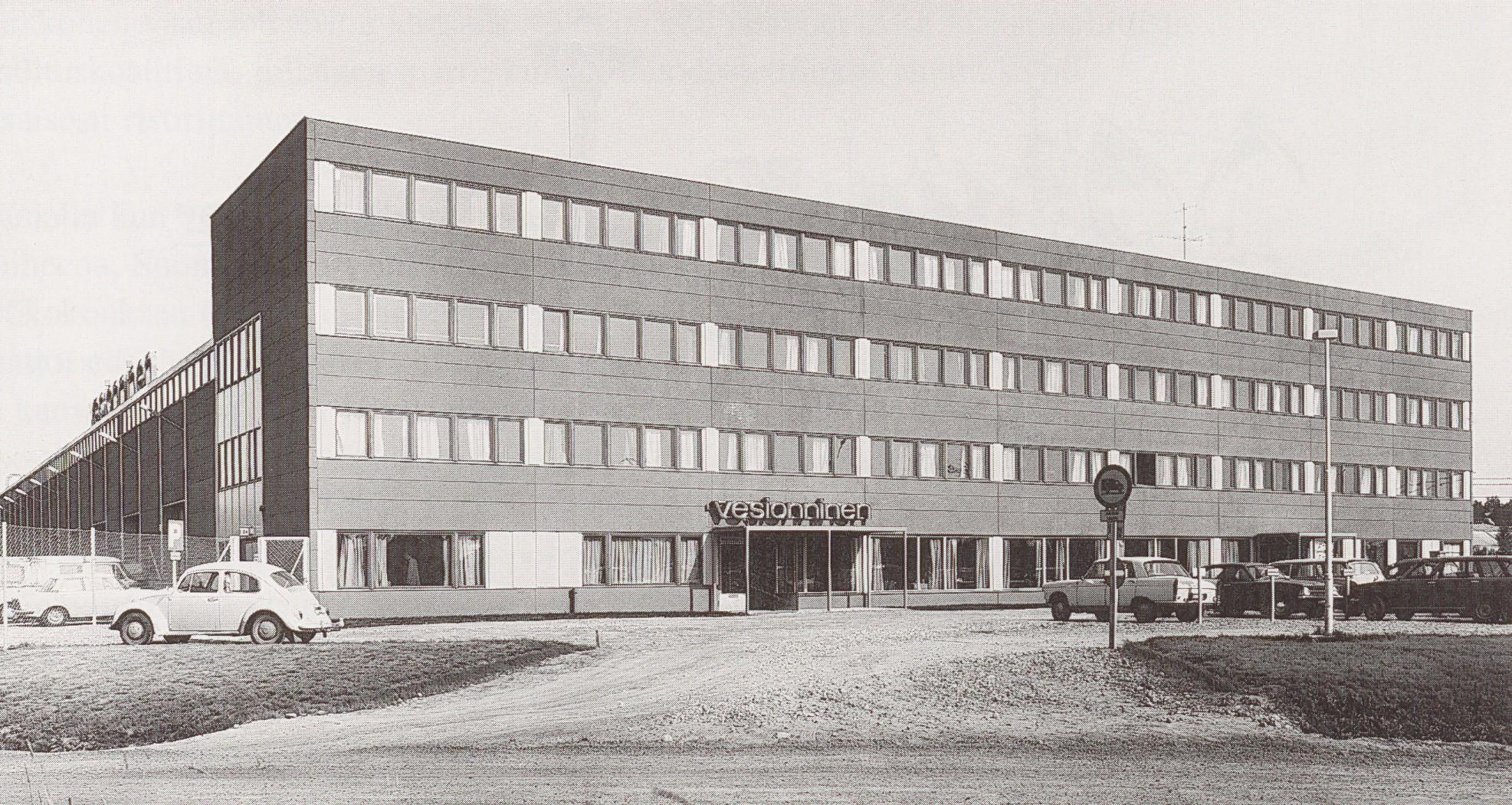 “Vesionninen gains 110,000 m3 more space”, announced CEO Toivanen at the inauguration of the new district office in Malmi, Helsinki, in 1972. The cubage he mentioned referred to the volume of heated space that had been completed in nine localities over the preceding two years.

From a business point of view, the 1970s saw major growth: international expansion, electrical contracting and computers. The first step towards the international marketplace was taken in the early 1970s, when Onninen set up a company in Germany to sell Finnish panel radiators. Another major move was the acquisition of Welding Oy, a manufacturer of large tanks and containers, as the company had a presence in Sweden in addition to Finland.

Subsequently, electrical contracting and wholesales were added to the service portfolio. The underlying idea was that since the various technical building systems used in construction were very similar in nature, it made sense to have them installed by a single company.

However, electrical contracting was slow to get off the ground, simply for the reason that the brand name under which Onninen offered its services was ‘Vesionninen’ (‘vesi’ meaning water). Some found it hard to understand how a company with a name suggesting a completely different line of business could carry out electrical installations. As a result, the company was renamed Onninen Oy in 1977. 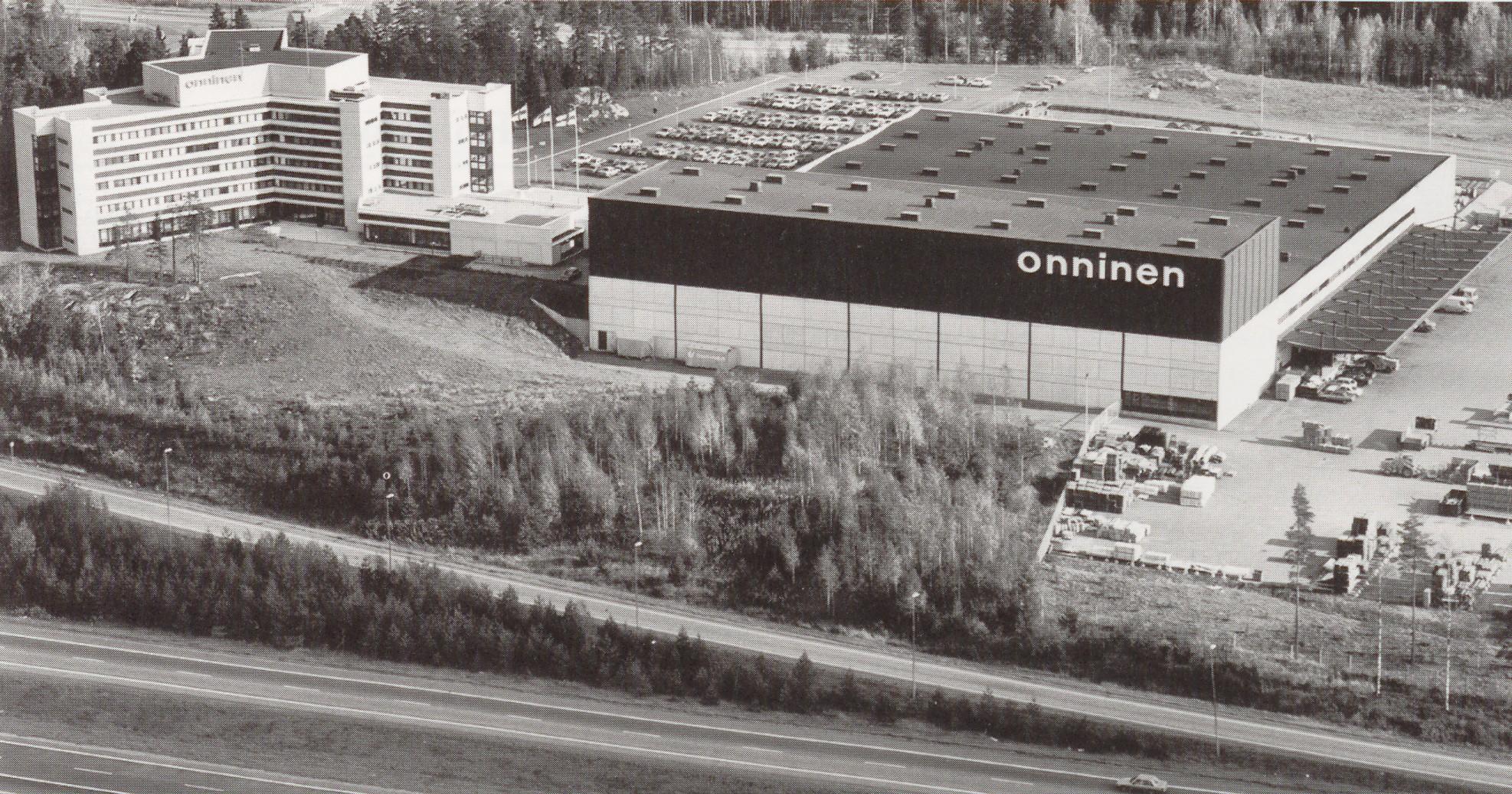 The head office in Kuortaneenkatu street had proved cramped already in the previous decade. At the beginning of the 1980s, the situation was resolved when the company purchased from Vantaa City an 8.2-hectare plot of land in Kolohonka, Vantaa. The Kolohonka site was selected because it was located along major traffic corridors mid-way between the central warehouses in Helsinki and Hyvinkää. A new five-storey head office and a large warehouse were built on the site. The operations were relocated to the new premises at the turn of 1984–1985.

In the turmoil of the recession, many large plumbing installation companies had been forced to wind up operations. This gave birth to a large number of small firms with just a few installers. Onninen realised that this segment represented major customer potential, which led to the establishment of a new retail chain. The first self-service shop called ‘ Pikaonninen’ opened in Hämeenlinna on 1 January 1984.

Also, the 1980s saw numerous acquisitions while other business operations were redefined. 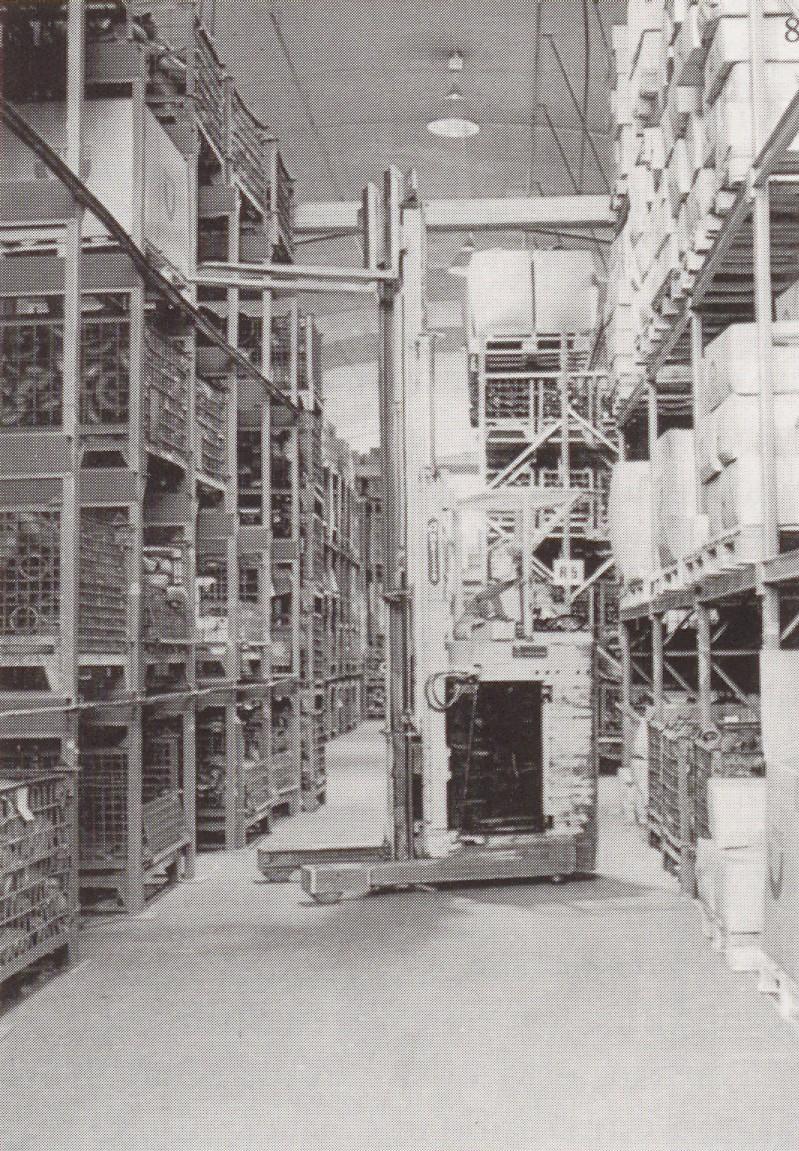 On the whole, the deep recession of the early 1990s delivered a hard blow to businesses, but as Onninen had successfully cut its costs in the preceding years, it possessed greater resilience in the face of the challenge. Even so, Onninen was not to escape unscathed but was compelled to make savings and redundancies.

Erkki Toivanen’s 35-year career as the CEO came to an end in 1991, when he assumed the position of Chair of the Board of Directors on a full-time basis. He was succeeded by Timo Peltola.

Despite the recession, the 1990s was a period of vigorous international expansion for Onninen. First, in 1992, a sales office was set up in Tallinn, followed by further internationalisation with the opening of sales offices in St Petersburg, Riga and Vilnius, and the establishment of a separate company in Warsaw.

Other major changes were brought about by acquisitions and reorganisation. In the early 1990s, Onninen bought companies such as Are and Huber. The year 1997 saw the establishment of Onvest Oy to serve as the Group’s parent company. Onvest Oy’s subsidiaries include Onninen and Are. Onvest Oy handled the real estate business and liquidity management.

At the turn of the millennium, Onvest Group had a total of 3,400 employees and its revenue exceeded FIM 5 billion. 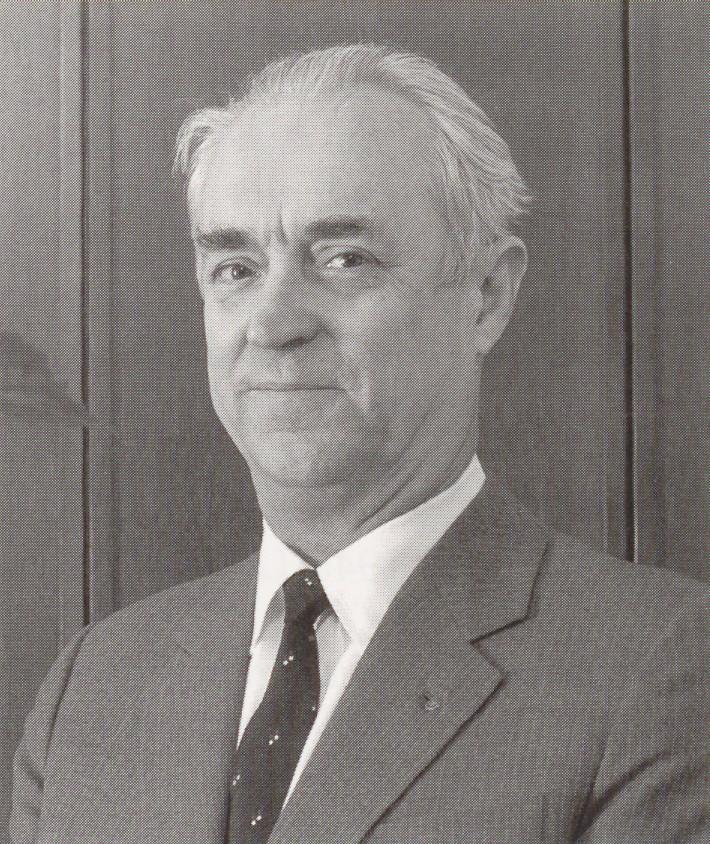 At some training session, Erkki Toivanen had said that “you can’t make it on your own”. By this he meant that it was hard to succeed alone without obliging suppliers, satisfied customers and skilled personnel. It is a maxim by which we stand even today.

Onninen established a Steel Services Centre in Hattula to respond to the needs of the steel business.

The main events in the 2010s were the sale of the Onninen business and demerger of Onvest. All of Onninen’s business operations (excluding the steel business and Russian subsidiary) were sold off to Kesko in 2016. The steel business was reorganised by founding Feon Oy. After this transaction, Onvest Oy’s business operations consisted of the real estate business, the steel services company Feon Oy, the technical building systems company Are Oy as well as investment activities.

As the parent company, Onvest Oy is in the process of updating its strategy and restructuring the Group to create Onvest Development Oy (real estate business) and Onvest Invest Oy (asset management). Feon Oy and Industrial Holdings will continue to operate under the parent company. As part of the new strategy, Onvest Oy will acquire an interest in a timber construction company and look into new potential business opportunities to support existing ones.

The journey through generations continues!